Tamaki college is the one for me, though I didn’t choose, my parents did. Just to stay close to GI, I’m actually kinda nervous to go, even though I have two and half years left in Pt England School. I’m sad because I think in the future I’m not gonna see the people I’ve seen at school again, that is unless I’m lucky enough too. Sometimes I even think if I’d ever remember them by the time I’m in my twenties.  Hopefully my future self knows what to do, and hopefully I’m successful during school. 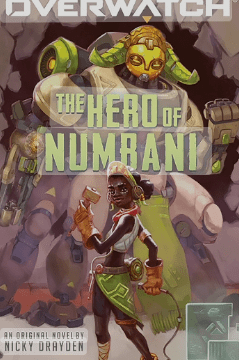 5 years ago, a plane disappeared with no reason. A family who travelled for a family vaccination to Mexico had to return home in separate planes leading to how this started.

When the plane landed the Mother and daughter were shocked to see they were still alive and believed it to be a miracle, The father and son were clueless as it felt like they had seen them just hours before take off. The family reunited and stood in silence for sometime as they had figured how hours for them turned into 5 years for others.

The Climate in Zhangjiakou is cold but dry, the area only experiences on average 7.9 mm of precipitation each winter, most outdoor events in 2022 are taking place in Zhangjiakou, 160 km outside of Beijing. In 1980 snow machines were used at lake placid,New York, to blow water droplets into air to freeze! The move has caused several environmental groups to question the decisions to hole the games in this location. A report estimated china would need 49 million gallons of water to create the required fake snow for the Olympics, it would be around the same amount of water as 800 Olympic-sized swimming pools.

Beach goers in Russia had a surprise over the weekend when a military hovercraft ran onto the beach. The RDM (Russian Defence Ministry) said the ship’s crew were carrying out a training exercise. The Russian  hovercraft is called a “Zubr” and it landed on a popular beach near the Russian town of Kaliningrad, according to Russian newspapers the ministry said it was not sure what people were doing on the beach on a warm day in August. luckily nobody was hurt during the exercise.

I was reading about these two articles on kiwi kids, one was about A Moose bursting into a school that is in Saskatchewan, Canada. It’s amazing how animals can get inside a class especially a moose! But it is always best to keep safe from them too. Another story I read about was hover bikes, I didn’t really believe it at first but then when I read through the paragraph and saw the picture I was shocked. And Its in Japan the name for the hover bike is called XTURISMO Limited Edition and as always these sort of things are never cheap, because of how much time it takes to build and test it before showing it out to public.