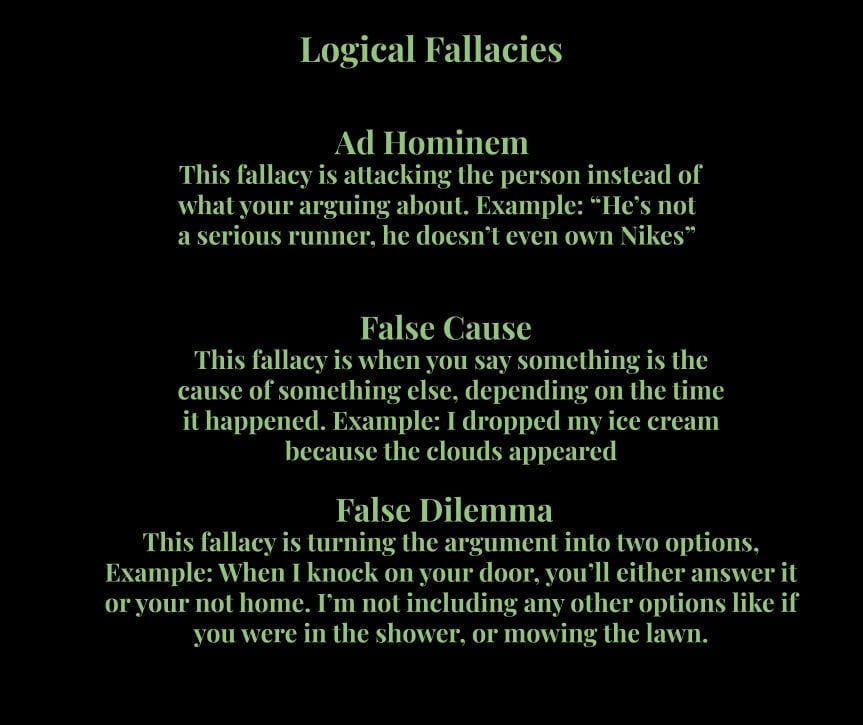 Task description: This is my poster about Thinking critically about logical fallacies. Our poster for this is showing two or more fallacies and an example of them. These were the three I had chosen. 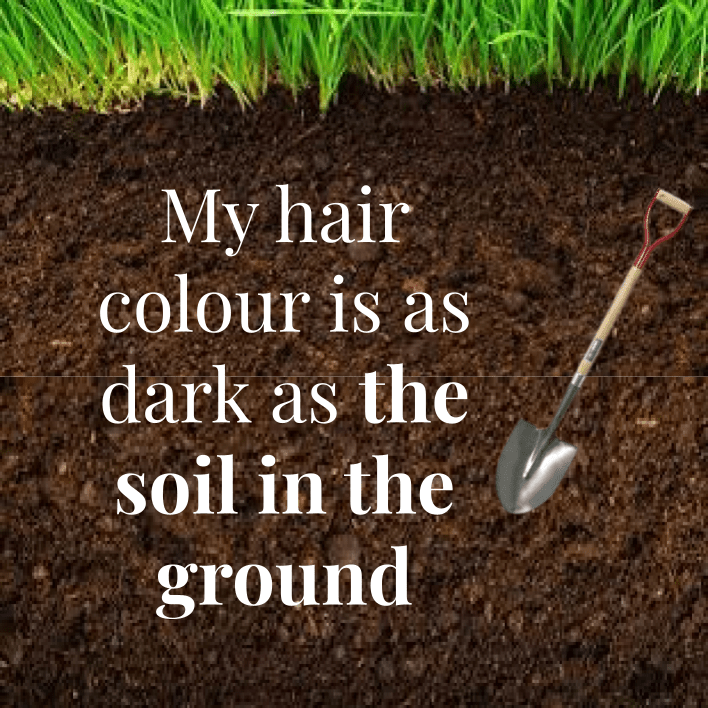 Task Description: This is my poster about my hair colour, and how dark it is, we had to either do a metaphor about this or a simile as our quote and this was mine.  Can you guess if it was metaphor or a simile?

Task description: This is my Te-Reo for this week, we had to learn these new Maori words like every other week on Tuesdays. 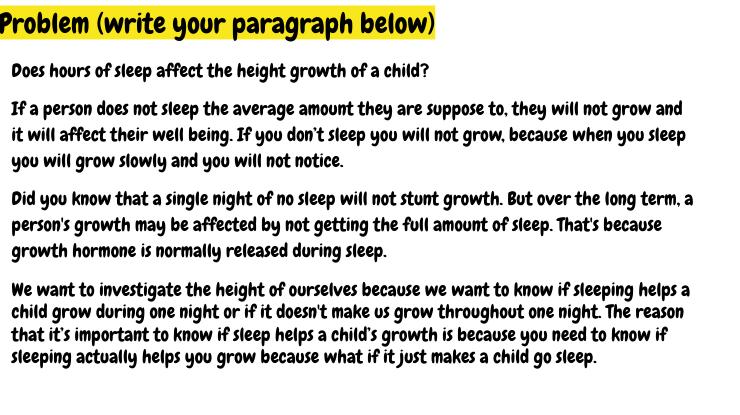 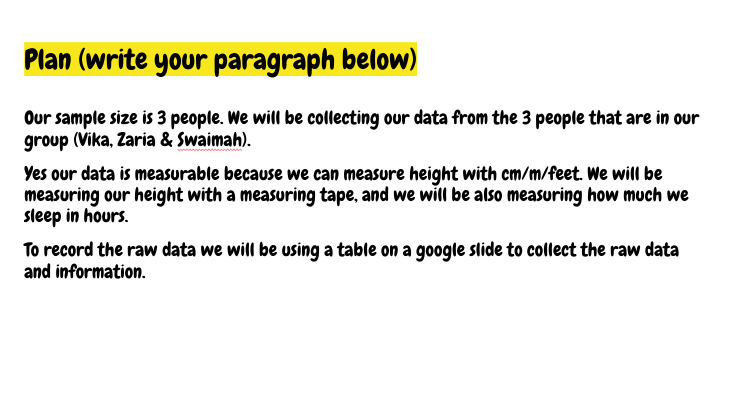 Today and yesterday for maths we had to compare 2 variables, our student teacher gave us one variable which was hours of sleep and we had to compare that to another variable of our choice. My group had chosen height since it’s only between our selves and the people in our group which is much easier to analyse and collect data from. There were other choices for the other variable and the options were: Gender and age, are for people that want to collect data and analyse the whole class. Height and well being plus others, for those who just wanted easier ones to do themselves.

We learnt about PPDAC on Monday, which we didn’t know about and we found out what each stood for, P stands for problem, the other P stands for Plan, D stands for Data, A stands for Analyse and C stands for conclusion.

It was a thunderous night, while I was in a rush to work. I suddenly slipped on the concrete and hit my head. It started to bleed out and suddenly I was unconscious on the ground with no one around. By the time I woke up I was in the same position on the concrete but this time I didn’t know where I was. It looked like I was in this alley with this black cat just wandering around. He had no collar, no owner, no nothing. He must have been a stray cat. I didn’t care much about that, what I cared about more was where I was and what time it was. I was about to check my watch but then I realised it wasn’t there. “This is strange,” I got up off the ground and started to walk out of the alley. I got anxious because I got negative vibes around here. 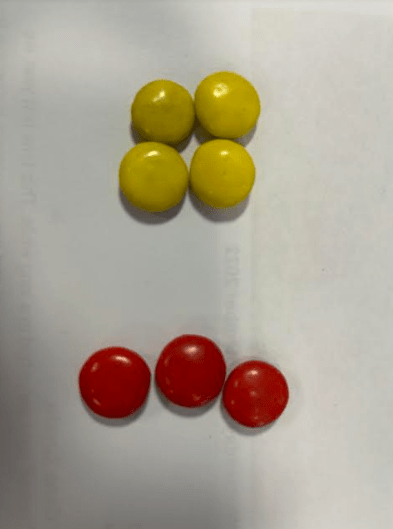 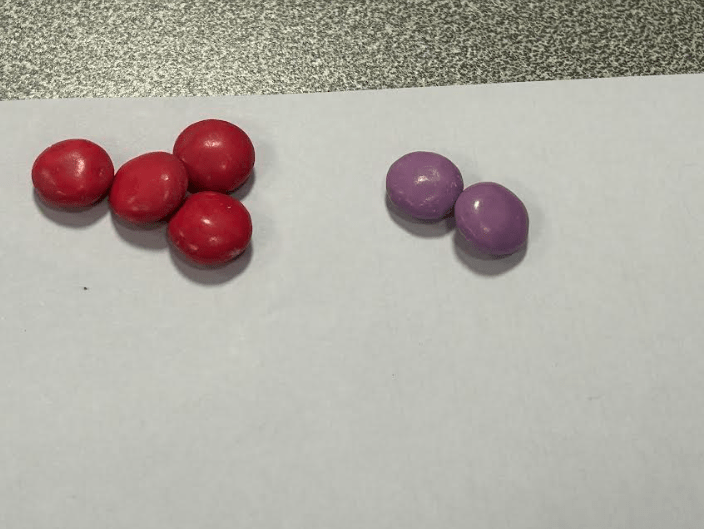 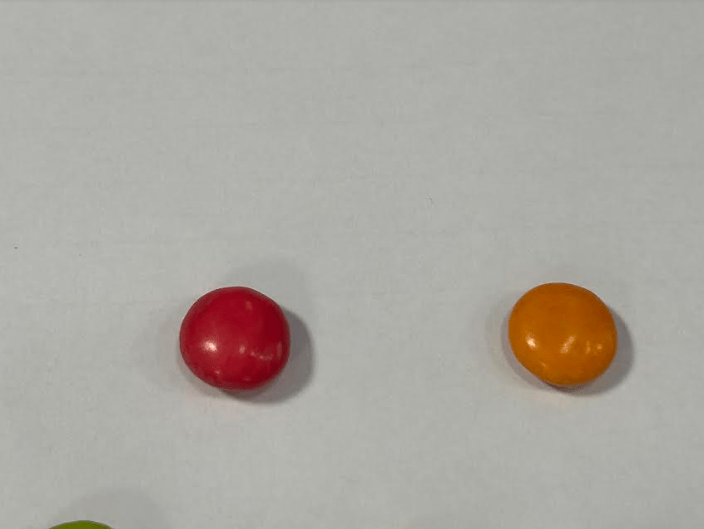 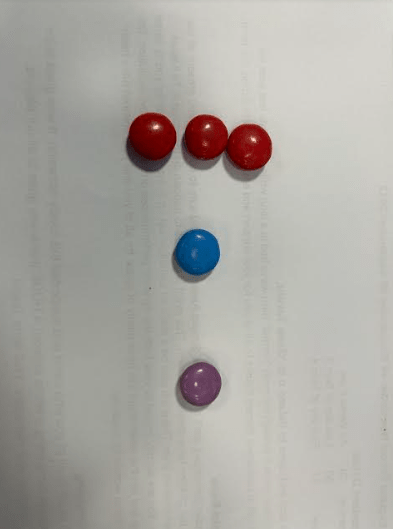 –  Task description –  In maths today we had learnt about Equivalent Ratios, we learnt it by examples in smarties. This helped because we understood more as we saw more examples. And these are the photos of the examples,

How would a special shirt help a dog overcome its fear? Answer = it probably keeps them warm with their fur like us humans hugging them.

Questions about the Black Phantom

What type of bike did Finn tell his mother he wanted? Answer = The BMX Ultra One,

What does affecting my social standing mean? Answer = I think it means what someone really wants,

Why did mum agree with everything Finn Described about the bike he wanted? Answer = She probably wanted him to earn the bike with money other than asking her to buy it for him.

What are stunt pegs on a BMX bike? Answer = Stunt pegs are things that help people perform  stunts

Why was Pop’s bike called “The Black Phantom” ? Answer = It was shiny polished black with red trims and white pinstripes.

Why did pop keep the black phantom after all those years? Answer = I guess he just wanted to keep the bike for memories.

Why didn’t Finn know about the black phantom? Answer = because it was built in 1951

Why did the daily news only offer only boys the chance to win the bike? Answer = Probably because girls just didn’t like riding bikes during the time, since it was cold and all.

How did Pop feel when Finn said he wanted to earn the bike after spoke to spoke? Answer = he felt proud

Why is it better to work hard for something special then to be given it? Answer = It’s always better to earn it because you don’t always know how much money or effort it takes into getting something that costs so much or something you really love.

This is my Artworks film of me showing the 3 photos I made and got from google.

I hope you enjoy this film of mine!

It is week 9 and today’s lesson for maths is the introduction to Ratio,

I thought it would have been hard and it kind of is. But I have managed to complete this task within minutes.