all around the world. Some of them look really cool but then some of them

look really dangerous, and we had to pick which one would relate to us the most

This is my Inquiry task this week, we are/were learning about belonging

and communicates and some of the meaning of the words.

5 years ago, a plane disappeared with no reason. A family who travelled for a family vaccination to Mexico had to return home in separate planes leading to how this started.

When the plane landed the Mother and daughter were shocked to see they were still alive and believed it to be a miracle, The father and son were clueless as it felt like they had seen them just hours before take off. The family reunited and stood in silence for sometime as they had figured how hours for them turned into 5 years for others.

What makes a great gamer?

Have you ever wondered what makes a great gamer? Have you ever thought about what gamer’s do to achieve that rank? If you would like to learn the technique skills gamer’s have or how they play then today is your lucky day because I’m going to be explaining most of what they have as experienced gamer’s.

Great gamer’s have technique by practising courses to level up, they don’t give up so easily on things. The time gamer’s take to practise all these skills from other people or from instructions in the game takes a long or short time to learn. Practice is one of the main reasons great gamer’s get their technique from. They may learn those techniques in reality as well which would be a good thing as well.

VR stands for virtual reality. It means that the world you see now is sometimes seen as in the game. So when gamer’s have VR sets they sometimes use it in games that allow VRs, and their avatars would be just seen as hands and heads. VR players are large in some games and then sometimes small in others, really just depending on what you play.

Practising is the key to having all these techniques and skills, communication will help others make friends online and will help them socialize with others. Communicate with those who are good in heart and personality. They will lead others through the right direction in games and so on. Virtual Reality is a place where it all looks real. You can hold things,go places and so much more.

This is a discussion of which gaming device would be better than the other,

Where I’d see and choose which one is suitable for me, and why I think it would

be better than the other gaming device.

The Climate in Zhangjiakou is cold but dry, the area only experiences on average 7.9 mm of precipitation each winter, most outdoor events in 2022 are taking place in Zhangjiakou, 160 km outside of Beijing. In 1980 snow machines were used at lake placid,New York, to blow water droplets into air to freeze! The move has caused several environmental groups to question the decisions to hole the games in this location. A report estimated china would need 49 million gallons of water to create the required fake snow for the Olympics, it would be around the same amount of water as 800 Olympic-sized swimming pools.

Beach goers in Russia had a surprise over the weekend when a military hovercraft ran onto the beach. The RDM (Russian Defence Ministry) said the ship’s crew were carrying out a training exercise. The Russian  hovercraft is called a “Zubr” and it landed on a popular beach near the Russian town of Kaliningrad, according to Russian newspapers the ministry said it was not sure what people were doing on the beach on a warm day in August. luckily nobody was hurt during the exercise.

Today in cyber smart we discussed the Kawa of care document. 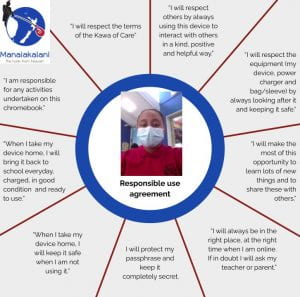 Teachers are the people that help us learn things as we start getting into school. There are helpful teachers, lovely teachers, and other sorts. But have you ever wondered what makes a great teacher? Well, then today is your lucky day! I’ll be telling you some information about them.

A great teacher would help kids with things they don’t understand such as a word, then the teacher would explain what the word means. Another reasoning on the question “How to be a great teacher?” is when some of them have a balance between having fun and playing games with their class and then have the other side which would be working and focusing to finish things. These kinds of teachers would try and understand what level of the student they’re teaching at to be able to know what they should teach for them to understand.

Other things that make a great teacher is when they look after kids when they fall or get hit by something or someone and pull them away from the fight. This is all I have about a great teacher. If you have some other advice about great teachers, that’s great!

Answer another persons question or give them advice if they comment

I was reading about these two articles on kiwi kids, one was about A Moose bursting into a school that is in Saskatchewan, Canada. It’s amazing how animals can get inside a class especially a moose! But it is always best to keep safe from them too. Another story I read about was hover bikes, I didn’t really believe it at first but then when I read through the paragraph and saw the picture I was shocked. And Its in Japan the name for the hover bike is called XTURISMO Limited Edition and as always these sort of things are never cheap, because of how much time it takes to build and test it before showing it out to public.